Since 1995 there have been 697 unintentional deaths from monoxide (CO) poisoning. That is 697 too many.

With the number set to rise in 2019, we caught up with Stephanie Trotter OBE, president of the CO-Gas Safety charity, to see how we can help to reduce the number of unintentional accidents and deaths.

CO-Gas Safety was launched at the House of Commons of the 25th January 1995 to work to try to reduce accidents from Carbon Monoxide (CO) poisoning and other gas dangers. Their website offers advice and tips, reminds visitors that CO cannot be sensed using human senses, provides videos and case studies and generally describes how we can all stay safe from CO and other gas related dangers.

Stephanie helped set up the charity along with the families of victims that have been affected by CO poisoning. She said: “Our ultimate goal is everyone knowing about CO and other products of combustion to stop deaths and injuries. 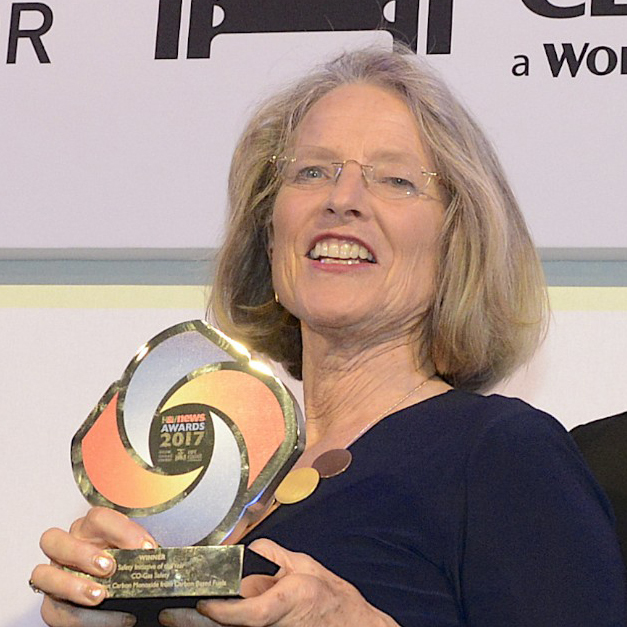 "I started by simply talking to victims of CO and their families and nearly everyone said, ‘we didn’t even know CO existed, so how could we protect ourselves or our loved ones from it?’ It therefore seemed blindingly obvious that awareness of CO, how quickly it could kill and how to prevent it, was our top priority.

“Although we doubt we will ever reach zero deaths until the UK uses non fossil fuels for heat & hot water we have learned much on how to reduce deaths and injuries.”

Stephanie has been campaigning hard since 1995 but has been left frustrated by the lack of government interest and backing. They rely solely on donations. She said: “We run on a shoe-string and the only paid person is our data processor who works from home. We have still to receive proper financial support from wealthy gas charities.

“Our “office” is my home and I’ve been a full-time volunteer helped by other voluntary directors (mainly victims, some MPs and one industry representative).”

Aside from support from the government or other organisations, there are two basic solutions that Stephanie and CO-Gas Safety would like to see be implemented.

Stephanie said: “We quickly discovered the two most important solutions within months of talking to victims and families. We lobbied Government and the Health and Safety Commission/Executive in 2000 also recommended them.

“Most of the fuel industry still seems unreceptive. I and our trustees, who are mainly victims, cannot understand why these two excellent recommendations have not been implemented. We have tried to find other ways to achieve our objects but these two are so basic and sadly still needed.”

As well as highlighting the dangers of CO poisoning, the charity offers free support to victims and their families. There is a phone and helpline, free legal advice and also health advice.

The charity is coming into its 25th year and Stephanie said: "We have been lucky to have been able to somehow carry on the work of the charity with donations from victims and with Kane’s fantastic and exceptional support.

“We would like to thank Kane and all its staff and particularly Jonathan Kane and his assistant Michele Perry for their unstinting hard work and support.”

KANE always promote safe practice and are proud to have supported the charity since its inception. We would appreciate it if you would take a moment to look over the CO-Gas Safety website and see how you can help raise awareness of CO poisoning.